Dramatherapy is a therapeutic – transformational process which operates at various levels::

It approaches the human being as a whole: Body – Soul – Spirit.

Dramatherapy is an integrated psychotherapeutic approach. As a psychotherapeutic process it provides a unique manner of employing the human’s ability to create dramatic representations, in order to either explore his/her needs (diagnosis) or to enable corrective experience (therapy); both of which can then make up the demand for therapeutic change.

Sue Jennings, the principal inspiration behind Dramatherapy in Europe, reframes at the therapeutic level man’s dramatic ability, what she calls the developmental model of drama, in other words the three stages of development: embodiment – projection – role (ERP). In her last book “Ariadne’s ball of thread” (1998) she maintains that it in fact starts at the moment of conception, inside the uterus, to reach completion at about the age of 7. According to Jennings, since the embodiment – projection – role model is a distinct and clear developmental process in life itself, we can use it as a model for applied Dramatherapy.

In other words we are speaking of the basic principle of a therapeutic approach through drama which can exist as an independent method able to provide therapeutic treatment in response to the customer’s request for short of long-term therapeutic work.

Dramatherapy can be applied at both the individual and group levels and it comes under the category of Arts therapies. In this case, the art of theatre, either as a complete action with a specific aesthetic purpose or as the genetic code of the dramatherapeutic process, seeks to find ways to make use of the transitional space that can contain the paradox of the dramatic action. Thus, internal and external reality come to meet in this transitional space (Winnicott, 1971).

The paradox of the dramatic action is achieved through dramatic metaphor (Jennings, 1990), which in dramatherapy is expressed through creativity and the multiple aesthetic forms of human expression. Metaphor is a necessary condition for artistic creation and for every therapeutic process since it helps remove psychological blocks and activates the mechanism of sublimation.

Dramatherapy makes especially good use of the mechanism of sublimation as well as of the mechanisms of projection and identification, which draw out and bring up for processing both familiar and unfamiliar parts of ourselves and of our personal history. Our personal history or better still our parallel histories compose our individual mythology in which we can distinguish a number of heroes and a variety of roles.

The “Role Method” (Landy, 1993) allows us not only to explore roles that are significant in our everyday lives but also the system of sub-roles that shapes, guides and defines our daily conduct creating a functional role system. While the term Dramatherapy was coined back in 1939 by Peter Slade, from the 1960’s onwards research in the fields of Sociology, Anthropology, Psychiatry, Psychology, and classical and modern Art has significantly affected the architects of Dramatherapy in the creation of several Dramatherapy models that can be applied to various groups. Some among these models are: 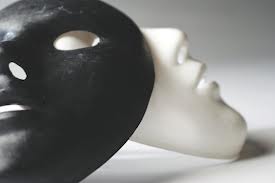 The views of Stanislavski on role building (as if), of Arteaud on the Theatre of Cruelty, of Living Theatre, of La Mama on the theatre community and of Grotowski on Poor Theatre have laid the ground for the emergence and formation of Dramatherapy, in tandem of course with a shift in the established views in psychiatry, and the debate on deinstitutionalisation and the lifting of exclusion.

Brecht in particular and his notion of critical distance has offered to the dramatherapeutic method a basic parameter, that of “aesthetic distance”.

The roots of Dramatherapy reach back to ancient Greece. In archaeological sites such as Epidaurus, the ancient theatre lies next to the Asclepieion, the most celebrated healing centre in the ancient world, testifying, along with several ancient texts, to the fact that for ancient citizens therapy and art went hand in hand.

Modern psychotherapeutic views, which see man holistically, study not only language but also the whole body. From this perspective, Dramatherapy becomes a fertile field where interactions give rise to the need for a different, living theatre in a multicultural social framework.

Where Dramatherapy is applied Dramatherapy is used both at an individual and at a group level in:: Depending on the needs of patients the following means are used selectively either separately or in combination: They are used to strengthen self-esteem and self-knowledge, to improve personal relations, to resolve individual and family problems, to address crises by promoting personal development.